I still remember very well my first time in the ruins, it was my grandfather’s gift for my 9 year old birthday. I was so fascinated by the site and by my grandfather’s story telling.
Since that moment I spent most of my school holidays in the ruins following my father and grandfather’s tours. It was the job that I have dreamt of doing in my life.

At 19 years I achieved the license to be an official guide.

Now in 2016 it has been 35 years that I have worked as a Pompeii tour guide with the same energy and passion as ever!
Through the years, I have tried to improve my job creating different tours, itineraries and explanations, all made with a bit of theatricality in a way to involve everyone in an unforgettable and unique experience.

In Pompeii I had the pleasure of meeting and guiding several journalists amd VIP.
I like to remember the program I made starring the British television BBC star from ” DR. Who ” with the actor David Tennant.

The most memorable and pleasant person I have met in my carreer was in 1993 Mr. Rick Steves, very famous travel writer and public television host.
When Mr. Steves toured Pompeii with me, it was his 4th time, having been previously with different other guides.

I showed him Pompeii in my own way!
At the end of our tour, Mr. Steves being the experienced travel writer that he is, described in few words me and my tour:
“Gaetano brings energy, intensity and theatricality to his tours. He’s a joy to follow for two hours as he brings the dusty ruins to life.”

We just finished a 3 week trip to Italy and when folks ask us what our favorite place was, we tell them without hesitation – Pompeii. If you are a lover of history, you will be awed by the uniquely spectacular visit to this Roman town which is preserved in completeness and quality unlike anything […]

Annie had set up a tour of Pompeii with Gaetano Manfredi, a private guide, who would meet us at the entrance. I can’t say enough good things about him.He gave us a 2-hour tour. That doesn’t seem like it would be long enough, but believe me he really gives you a thorough, concise explanation of […]

We recently went on a month long trip through Europe on our own in September 2015. We went on a variety of tours and with a variety of tour guides. We booked Gaetano well in advance and toured with him privately. We had high hopes as Gaetano has good reviews here in the forums etc […]

Dear Gaetano – I want you to know that our tour of Pompei with you was even better than Rick Steves said it would be. One of our group had been to Pompei once before, and she said that our tour not only made Pompei come alive in a way it had not before, but […]

Gaetano – we made it back to the US safely, I wanted to write and say thank you for a such a wonderful tour that Wednesday afternoon. It really brought Pompeii to life for us and now I understand why you wanted to do the tour in the order that you did it. At the […]

Dear Gaetano, I would like to thank you very much for the excellent tour you did for my family. (We were the family of 16 on July 22nd). You brought the ancient city to life for my grand children and children.We were delighted with the way you kept our grandchildren so interested as you explained […]

Pompeii is a must.
Great history need Great Tellers

We are expert (4 generation since 1948) on providing great experiences and memorable time in Pompeii, Herculaneum, Paestum, Naples, Vesuvius, Capri, Sorrento, Positano, Amalfi Coast and in all the Campania region.

All you have to do is relax and enjoy your time/trip for as long as you are with us, we will be sure to take care of you.

Looking forward to meeting you,
Gaetano and Ciro 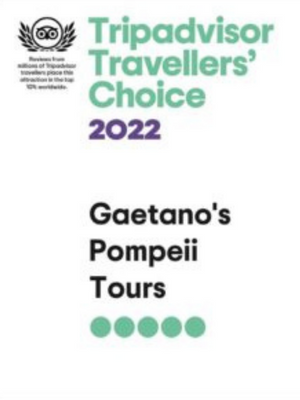 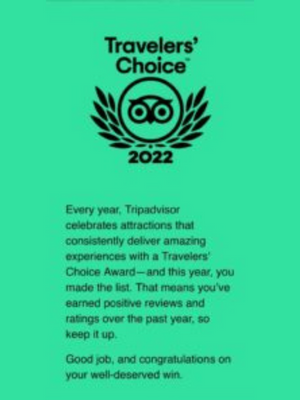 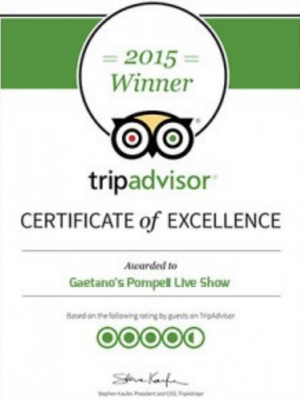